Northeast Nigeria faces many problems among which are the severe impacts of climate change that aggravate desertification and water scarcity. In addition, insurgencies of the Islamist terrorist group Boko Haram pose a threat to the population. As a result of both developments, people migrate from the affected areas in search of better and safer living conditions. It is however still unknown how environmental degradation, the community’s resilience to it, and violent conflicts between Boko Haram and forces of the Nigerian government interact with each other and other drivers of migration. We have recently published new insights into this question which we summarize here:

To understand the effects of violent conflict, environmental degradation, and other factors on migration, we have analyzed data collected through interviews with 204 internally displaced persons (IDPs) located at the Bakassi IDP camp in northeast Nigeria. IDPs came from the Local Government Areas Guzamala, Marte, Monguno, and Nganzai located north of the camp close to the border with Chad as well as Gwoza, a Local Government Area located southeast of the camp, close to the border with Cameroon. All communities were largely affected by the activities of the terrorist group Boko Haram in the Lake Chad region, resulting in local residents migrating to the Bakassi IDP camp.

Since we are interested in how other factors affect migration, migration was used as the affected variable. We focused on the time people stayed in their communities, starting when insecurity had been caused by the activities of Boko Haram and the counter-insurgency by government forces, and the moment people decided to migrate. We investigated the following factors as affecting variables: gender, income, land ownership, occupation, previous resource scarcity, and previous migration.

The sense of insecurity created by the activities of Boko Haram or the counter-insurgency by state military forces was the main push factor for migration. However, the time of migration or length of time that people spent in their communities before migrating varied from community to community. In Marte, Monguno, Guzamala, and Nganzai, this decision was taken very early into the conflict, or before the communities were even directly affected by the conflict. In Gwoza, people stayed longer in the community despite the state of insecurity created by the insurgency of Boko Haram and the response by the government. With regard to the previous results, illustrated by the difference observed in the time of migration in the various communities, we hypothesized that there were factors other than the insecurity itself. We found that in Gwoza, occupation, land ownership, and previous resource scarcity showed medium to large effects on the migration. In other words, these factors affected the time people spent in their communities while the communities were insecure as a result of the insurgency and the counter-insurgency.

While Guzamala, Marte, Monguno, and Nganzai were close to each other and all close to Lake Chad, Gwoza was far in the south at approximately 200 km from Lake Chad. We found that in the communities closer to Lake Chad, the environmental factors named above did not affect the time people spent in their communities before migrating, as opposed to Gwoza, where environmental factors affected the time people stayed in their communities before migrating. For example, in Gwoza, landowners had a tendency of staying longer than non-land owners. Those who experienced resource scarcity before stayed longer than those who did not and those who had additional income sources stayed longer than those who depended on farming alone. This implied that people in Gwoza were more resilient to the insecurity created by the activities of Boko Haram. This resilience was explained by the fact that Gwoza being further away from Lake Chad, benefited the least from ecosystem services offered by Lake Chad. As a result, people developed income-generating activities such as small businesses and manual labor that helped them become more resilient to external disturbances such as conflict. Experts as well as some IDPs that we interviewed explained that after some communities became occupied by Boko Haram, people were allowed to stay and continue to practice their activities on the condition that taxes were paid to Boko Haram insurgents.

In communities that mostly relied on ecosystem services offered by Lake Chad, people migrated quite early when their communities were affected by the insecurity. In Gwoza, where those services were absent and people developed other income-generating activities, the decision to migrate only came after they have paid taxes to Boko Haram until they had nothing left to hold on to.

We conclude that the diversification of income sources, rather than relying on ecosystem services alone, may constitute a factor of resilience to external disturbances such as conflict and insecurity. To further foster resilience to environmental degradation in the region, we recommend that the poor socio-economic and environmental conditions of the study area should be properly addressed by the government. 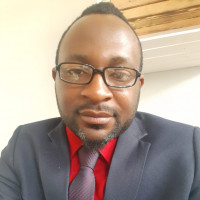 Frederic Noel Kamta is a PhD candidate in the research group Climate Change and Security (CLISEC) at the Institute of Geography, University of Hamburg. 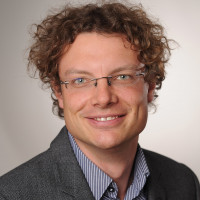 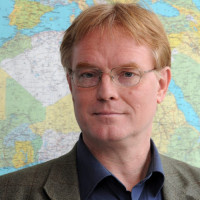 Prof. Dr. Jürgen Scheffran is head of the research group climate change and security (CLISEC) at the Institute of Geography and in the CLICCS Cluster of Excellence, University of Hamburg.