Team Israel brings together practicioners from the Center for a Shared Society at Givat Havia and academics from the University of Haifa.

The Center for a Shared Society at Givat Haviva

The Center for a Shared Society at Givat Haviva aims to build an inclusive, socially cohesive society in Israel by engaging divided communities in collective action towards the advancement of a sustainable, thriving Israeli democracy based on mutual responsibility, civic equality and a shared vision of the future.

Givat Haviva is a non-profit organization founded in 1949 by the Kibbutz Federation.

Dr. Ran Kuttner, Academic Advisor to Givat Haviva and Senior Lecturer at the University of Haifa 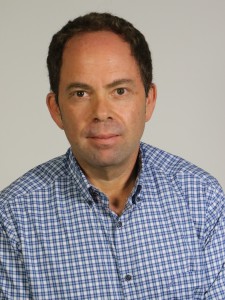 Ran Kuttner is an Associate Professor of Dispute Resolution (expert track) at the University of Haifa, where he teaches in the International Graduate Program in Peace and Conflict Management Studies. He also serves as an academic advisor to Givat Haviva, an organization that aims at building a shared society and dialogue among Jews and Arabs in Israel. Prior to his return to Israel, he was an Associate Professor of Negotiation and Dispute Resolution at the Werner Institute, Creighton University (USA) and preceding his arrival at Creighton, he was a Visiting Scholar at the Program on Negotiation at Harvard Law School for three years. He is a certified mediator and mediation teacher in Israel and consults to organizations and community mediation centers that work towards a more dialogic Israeli society in implementing collaborative conflict engagement approaches.  He teaches courses on dialogue, group facilitation, leadership and conflict resolution, negotiation, mediation and peacebuilding strategies. 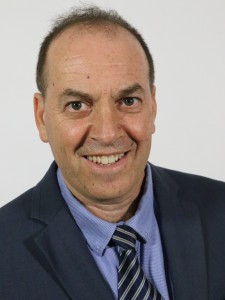 Yaniv Sagee is the Executive Director of the Givat Haviva National Education Campus, Center for Shared Society and Jewish-Arab Center for Peace in Israel, and one of Israel’s leading figures in the areas of education, youth movements and social change. Previously, Yaniv served as Director of Hashomer Hatzair, Israel’s pre-state secular youth workers movement, rooted in socialist, Kibbutz origins (a Kibbutz is an agricultural collective). Yaniv has served as Emissary for the Givat Haviva Educational Foundation, an Emissary for the Hashomer Hatzair Youth Movement, and an Emissary for the Kibbutz Movement of North America.  Yaniv served as Chairman of the National Council for Youth Movements in Israel and as a Member of the Steering Committee of the Megiddo Municipality.  At age 25 he became the youngest member of his Kibbutz, Kibbutz Ein Hashofet, ever elected to the veteran post of Kibbutz General Secretary. He was then reelected for a second term.

Mohammad Darawshe is the Director of Planning, Equality and Shared Society at Givat Haviva Educational Center.  Between the years, 2005-2013 He served as Co-Director of The Abraham Fund Initiatives.  Previously, between 1988-1999, he served as Elections Campaign Manager for the Democratic Arab Party and later The United Arab List.  Mr. Darawshe is considered a leading expert on Jewish-Arab relations; presented lectures and papers at the European parliament, NATO Defense College, the World Economic Forum, and Club de Madrid, US Congress, Herzlia conference and Israel’s Presidential Conference.

He won The Peacemakers Award from the Catholic Theological Union, and The Peace and Security Award of the World Association of NGOs, and was the Leadership Fellow of the New Israel Fund.  In 2008 he was elected as a council member in his hometown Iksal.  In 2009 he served as a member of The National Committee which drafted Coexistence Education policy.  He frequently appears on Arab Satellite TV news programs analyzing current Israeli political and social trends.

He is currently a Member of:

Mr. Darawshe is married with 4 children, and resides in his hometown Iksal.

Hadas Hasidim comes from the background of informal education. Her B.A. is in special education (*in Israel it’s the name for the tipe of Education for people with special needs and children & youth at risk) & education by arts. After working for a few years in the education field, and taking part in different kinds of activist activities, she entered the education for shared society world In my former job. There Hadas was the coordinator of a center in Tel Hai college called “The center for peace democracy and multiculturalism”, and managed a tutoring project for Arab students, and several dialogue projects for Jewish and Arab students through different kinds of arts (theater, Plastic arts).

Peace and Conflict Management Program at the University of Haifa

The Program in Peace and Conflict Management is based at the Herta and Paul Amir Faculty of Social Sciences, University of Haifa. The program introduces an interdisciplinary approach to peace and conflict, addressing intergroup conflicts ranging from local communities to the international arena and a variety of approaches to dealing with such conflicts including formal and informal ones. Graduates of the MA program become researchers, educators, government officials, activists and professionals in organizations operating in domains such as social diversity, dispute resolution, human rights environmental protection, and human and economic development.

Dr. Keren Sharvit, Head of the International Program for Peace and Conflict Management 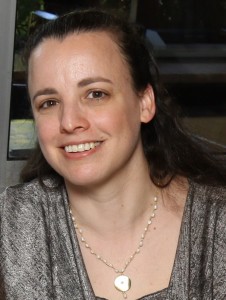 Keren Sharvit, Ph.D., is the head of the international Program for Peace and Conflict Management and faculty member in the Department of Psychology at the University of Haifa. She joined the university in 2010 and was appointed head of the program in 2014. Prior to joining the University of Haifa, she was a postdoctoral research associate in the Department of Psychology, University of Maryland, College Park, and prior to that a postdoctoral fellow at the Swiss Center for Conflict Research, Management and Resolution, Hebrew University of Jerusalem. She completed her Ph.D. in Social Psychology at Tel Aviv University in 2008. Dr. Sharvit’s research focuses on the manner in which large-scale intergroup conflicts affect and are affected by the mental processes of individuals, specifically investigating the roles of emotions and their regulation, moral reasoning, social categorization processes and societal beliefs and ideologies. 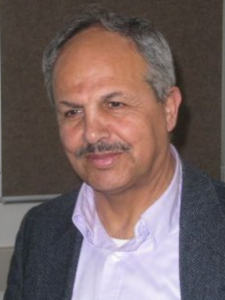 Prof. Rassem Khamaisi is a full professor at the Department of Geography and Environmental Studies at the University of Haifa. He is an urban and regional planner and geographer. A strong focus of his efforts is aimed towards alternative and counter urban planning, urban geography, water management, besides concentration on public administration, public participation, local government and urban management. He has published in English, Hebrew and Arabic in local and international Journals. Khamaisi received his PhD in Geography (1993) from the Hebrew University, MSc (1985) from the Technion – Israel Institute of Technology, and a BA in Geography from the Ben Gurion University (1981). He is a member of various professional international and local associations and NGOs involved in public and environmental policy issues, planning and development. In 2007 Khamaisi was elected President of the Israeli Geographical Association. He is the manager of a private company (Center for Planning and Studies) which engages in urban and strategy planning and management. Khamaisi has received the “Yakir haTichnun” decoration for the year 2012 – a notable recognition of the Israeli Association of Planners. Since November 2013 Khamaisi also holds the position of Head of the Jewish-Arab Center at Haifa University.

Dr. Ehud (Udi) Eiran, Lecturer at the University of Haifa 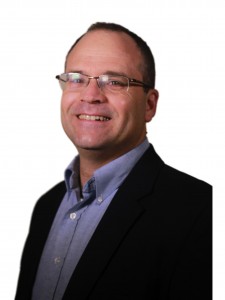 Ehud (Udi) Eiran is a Lecturer (US Assistant Professor) of international relations at the University of Haifa. Dr. Eiran holds degrees in Law and Political Science from Tel-Aviv University, Cambridge University, and Brandeis University. He held research appointments at Harvard’s Kennedy School, Brandeis University and at the program on negotiation at Harvard Law School. There he worked on a consensus-building project dealing with the internal rift in Israeli society regarding the settlements. Prior to his academic career Dr. Eiran held a number of positions in the Israeli civil service including clerking for two Attorney Generals, and as Assistant to the Prime Minister’s Foreign Policy Adviser. Eiran published extensively in both professional and trade journals with much of his work focused on the Arab-Israeli conflict.